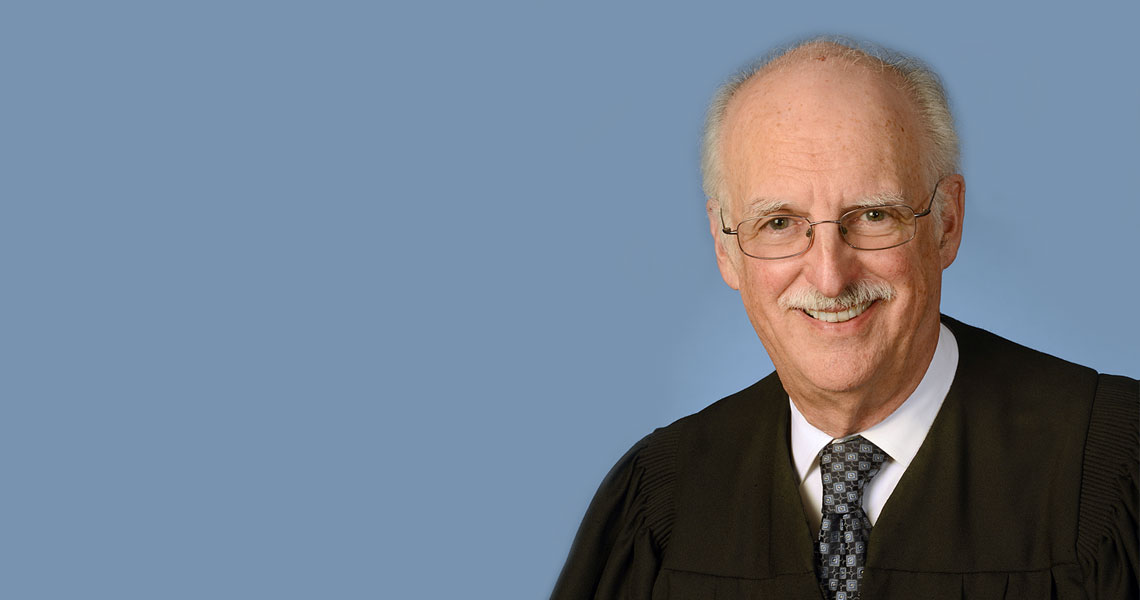 Senior Circuit Judge Douglas Ginsburg was appointed to the United States Court of Appeals for the District of Columbia in 1986; he served as Chief Judge from 2001 to 2008. After receiving his BS from Cornell University in 1970, and his JD from the University of Chicago Law School in 1973, he clerked for Judge Carl McGowan on the D.C. Circuit and Justice Thurgood Marshall on the United States Supreme Court.

Thereafter, Judge Ginsburg was a professor at the Harvard Law School, the Deputy Assistant and then Assistant Attorney General for the Antitrust Division of the Department of Justice, as well as the Administrator of the Office of Information and Regulatory Affairs in the Office of Management and Budget. Concurrent with his service on the federal bench, Judge Ginsburg has taught at the University of Chicago Law School and the New York University School of Law. Judge Ginsburg is currently a Professor of Law at the Antonin Scalia Law School, George Mason University, and a visiting professor at the University College London, Faculty of Laws.