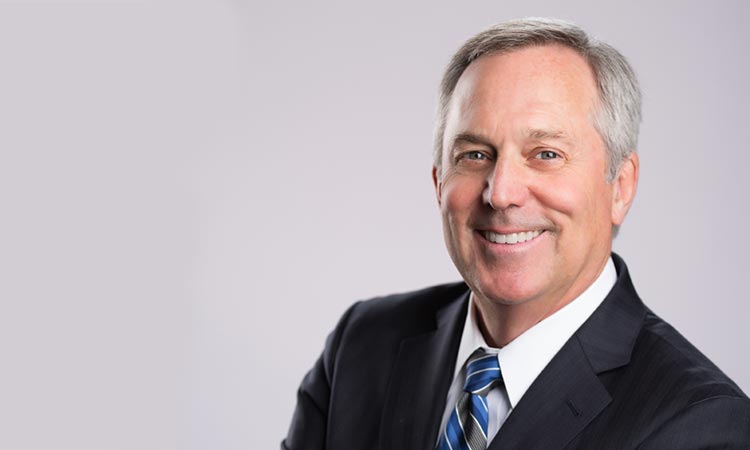 Many people have been asking me about the recent media attention on George Mason and specifically the relationship between the Federalist Society and the law school. As I told the New York Times last night:

Any accusation that the Federalist Society has had undue influence on the law school is unfounded. While we are pleased to receive recommendations from many sources, decisions on faculty hiring and student admissions and scholarships are independent and strictly the purview of the law school’s faculty and administrative leadership.

UnKoch: Mr. Leo and the Federalist Society have also been active in sending Dean Butler recommendations and opinions on faculty and Center hires (pp. 51-52, 490-94, 643, 708-9, 736), as well as recommendations for prospective students to attend the law school (pp. 5-8, 728-29). The focus of all of these efforts is on “conservative” faculty, students, and even judicial law clerks. One email shows Mr. Leo sending an email about a faculty candidate “worth reaching out to,” (p. 51-52), and another from Dean Butler to Mr. Leo informs him of someone who “turned us down as new Executive Director of the LEC” despite “all your help.” (p. 736). Mr. Leo also sent Dean Butler a resume of one “student prospect” whose “father is a senior executive at [redacted]” and is “very interested in Mason” (p. 5). An email from law professor J.W. Verret to Jonathan Bunch as well as the Law School’s clerkship coordinator, says: “We are hoping to place Scalia Law Alumni who are current members of our Fed Soc student chapter, alumni who were active in Fed Soc, and other Scalia Law conservative and libertarian alums in federal [judicial] clerkships.” Professor Verret especially wants the “opportunity to get such candidates in front of judges incoming under the new administration...” (p. 731).

GENERAL RESPONSE: I receive numerous recommendations for students and faculty annually. I pass them on to the appropriate law school committees. In general, the recommendations provide valuable information to the admissions committee and the faculty hiring committee.

SPECIFIC RESPONSE ON STUDENTS: Although the paragraph appears to suggest that several students were recommended by Leo, the fact is that only one student was recommended by Leo in the email. Pages 5-8 refer to the same student. The student was admitted but did not qualify for merit-based support and decided to enroll at another law school. Pages 728-29 refer to a Full Professor at Scalia Law, NOT a student. The double listing of page 5 suggests an effort to sensationalize. Out of the hundreds of pages, this is de minimis.

SPECIFIC RESPONSE ON PROFESSORS: Again, the text suggests that numerous faculty and staff positions were influence by Leo. Upon review, we're looking at another exaggeration. Pages 51-52 involve a recommendation for an adjunct faculty position. The individual was not hired. Pages 490-494 reflect a half-hearted endorsement of a potential faculty candidate. The individual did not apply for a faculty position. Page 643 is a note from me to Leo informing him that his good friend, Rachel Brand, had received a unanimous vote to be hired as a term professor (not tenure track). She approached us about joining the faculty, and our faculty appointments committee strongly supported her candidacy. There was no question as to her qualifications for our faculty. Pages 708-9 contain a short recommendation of a Pat Hofer. I do not recall the recommendation, but it appears that it could have been for either a faculty or staff position. Regardless, I've never met the candidate so he or she must have withdrawn or failed to make it through the screening process. Page 736 refers to our failed efforts to recruit a new Executive Director of our Law & Economics Center. We had the perfect candidate, and I asked Leo to reach out to him to encourage him to join us. Unfortunately, we couldn't close the deal.

SPECIFIC RESPONSE ON CLERKSHIPS: We're not going to apologize for using our connections with the Federalist Society, or any other group or individual, to help our students receive clerkships. Networking plays a vital role in today’s legal market.

UnKoch: In response to a FOIA request for a copy of the “written proposals” required to be submitted to every year as described in the Grant Agreement with both the Koch Foundation and the anonymous Donor, GMU produced a 5/30/2017 proposal to the Charles Koch Foundation (pp. 732-35). A 3/22/2017 email from Dean Butler to Mr. Leo, while heavily redacted, appears to provide similar information to that outlined in the subsequent Koch proposal (p. 719). These written proposals reveal that “scholarship” revenue from the Grant Agreements has been directed to Scalia Law’s two most politicized Centers: the Center for the Study of the Administrative State and the Center on Liberty and Law, both of which are mentioned by name in the Grant Agreements as centers for which “the School shall provide funding” and “support.” Under the heading “Cash is King,” the proposals shows that $400,000 annually has been directed to the Center for the Study of the Administrative State and another $300,000 to the new Center for Liberty and Law. This direction of grant revenues has been made with no public disclosure and despite President Cabrera’s representation to the Faculty Senate that “the entire gift will fund scholarships” (p. 456). Provost David Wu also told the Faculty Senate that “The Entire $30M is for scholarships for students and nothing else.” 4/6/16 Faculty Senate Mtg. Minutes, at 4.

SPECIFIC RESPONSE ON THE USE OF THE $30 MILLION GIFTS: Provost Wu is correct. After the money is used to pay for scholarships for students, it becomes general revenue to the law school and can be allocated at the dean's discretion. If sufficient law school revenue is available, revenue can be used to support the Center for the Study of the Administrative State and the Liberty & Law Center.

UnKoch: Emails before the change in the name of the Law School show that there was already a relationship between Scalia Law Dean Henry Butler (who was appointed in April 2015), and Leonard Leo, Executive Vice President of the Federalist Society. Mr. Leo is best known for his role in recommending conservative judges, including now-Justice Neil Gorsuch, to the Trump Administration. In September 2015, the two exchanged emails about fundraising, with Dean Butler sharing his “Five-Year Plan for Mason Law” with Mr. Leo, for which Mr. Leo provided his “wise counsel” (pp. 11-36).

RESPONSE: I shared the plan with Mr. Leo. He had no input into the plan. I did appreciate his "wise counsel" on fundraising opportunities. He knows many donors who might be interested in supporting Mason Law.

UnKoch: In late February 2016, less than two weeks after Justice Scalia’s untimely death, an anonymous “donor ... approached” Mr. Leo, “a personal friend of the late Justice Scalia and his family,” about renaming the Law School (p. 225). Mr. Leo in turn approached Dean Butler, who immediately told GMU Vice President Janet Bingham at 6:40 am on February 26, 2016 that the “deal came together last night” (p. 59).

RESPONSE: The first I heard of the gift from the anonymous donor's gift was when the anonymous donor called me directly on the evening of February 25, 2016 to tell me that he was going to make the gift. UnKoch: Feb 28. Janet, $30,000,000 deal came together last night. The Justice Antonin Scalia School of Law. Confidential for now. Onward and Upward Henry; $20 from anonymous donor from REDACTED and $10 from K. (p. 59)

UnKoch: In accordance with the Federalist Society’s new oversight rights, George Mason University gave the Federalist Society a leading role in at the dedication of the Antonin Scalia Law School which took place on October 6, 2016 with six Supreme Court justices attending. (And the complete paragraph that follows.)(p. 662).

UnKoch: Emails produced under the Virginia FOIA show communications and meetings between Mr. Leo and Neomi Rao, founding director of the Center for the Study of the Administrative State currently serving as President Trump’s Administrator of the Office of Information and Regulatory Affairs (pp. 420-24, 513, 598).

RESPONSE: It is perfectly reasonable for Leo, Professor Rao, and me to have communications and lunch.

RESPONSE: The Federalist Society does not fund the Law & Economics Center programs for judges or state attorneys general.

UnKoch: Although the names of the lawyer and law firm of the anonymous donor continue to be redacted by GMU from the Grant Agreement (p. 150), Mr. Brown, who is a former member of the George Mason University’s Board of Visitors and a prominent member and funder of the Federalist Society, is likely the attorney for the anonymous donor (p. 496).

RESPONSE: The entire discussion of the BH Fund is disjointed, including the bizarre assertion that the fund is somehow a third-party beneficiary. I chose to highlight this UnKoch statement because it illustrates the sloppiness of the entire narrative. Speculating that Reginald Brown is the attorney for the anonymous donor on the basis of his being cc'd on an email is a huge leap. I know that Reginald Brown did not know the identity of the anonymous donor. Much of this stuff is just plain silly.

In summary, it seems some bad documents unrelated to the law school and executed many years ago are driving the UnKoch narrative at this time.

You should know that one of my best days as Dean came in February 2016 when I received that unexpected call from that unexpected donor offering to provide us with $20 million in scholarship dollars for the naming the school after one of the most important Supreme court Justices ever, as long as the Charles Koch Foundation provided an additional $10 million for scholarships – no strings attached. The donation and naming documents, which were made public on the date the GMU Board of Visitors agreed to the name change in March 2016, remain unchanged and unmodified. We remain extremely grateful for the scholarship money, which is being allocated in its entirety over five entering classes.

In addition, we remain grateful for the generous support we receive from numerous sources and in many forms: monetary donations, faculty candidate recommendations, adjunct faculty suggestions, volunteer speakers and mentors, prospective student referrals, and more. Nevertheless, you can be certain that Scalia Law cherishes academic freedom and is an outspoken advocate for such freedom. We have not and would not enter into any agreement that allowed an outside entity to influence our actions or compromise that principle.