Scalia Law Celebrates Some of Its Alumnae 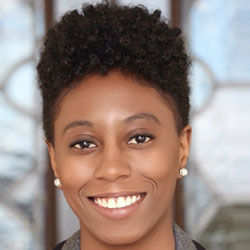 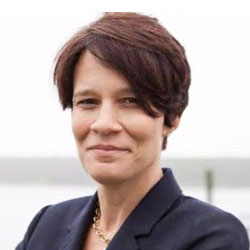 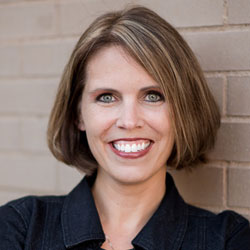 George Mason’s Mason Scalia Law celebrates Women’s History Month by honoring those alumnae who have blazed the trail in law for the next generation. In one generation, once-rare women law students are now 50% of our law school’s student population. These students look to graduates, like the women featured here, for guidance on what they can expect after law school. What they see are women who have shattered the glass ceiling, whose lives reflect a sky-is-the-limit success. These women are not just good lawyers; they are good citizens. As lawyers, teachers, writers, jurists, and advocates, they strive to make their communities—and our world—a better place. They are great role models for our students.

Copyright Counsel with the Copyright Alliance, a Washington, DC-based organization representing the copyright interests of creators across the United States

Adjunct professor at Scalia Law School, where she assists with the Arts & Entertainment Advocacy Clinic

Federal district judge for the Eastern District of Tennessee

Worked in the FLRA’s predecessor agency, the Labor Management Services Administration of the Department of Labor (DOL)

When the FLRA opened its doors on January 1, 1979, she began work in the Washington Regional Office investigating unfair labor practices.

Served as an ECAB (Employees’ Compensation Appeals Board) Judge from 2002 through 2005.

Served in the Justice Department as an attorney advisor in the Civil Rights Division and as a Special Assistant to the U.S. Attorney, Eastern District of Virginia

Promoted to Senior Lecturer in Law and Ethics at Purdue University’s School of Management in the fall. I teach graduate and undergraduate students and also oversee the Honors Program at Krannert.

Published author of 34 books — one of which (Flight Risk) was #1 on the Amazon Legal Thriller list this weekend next to John Grisham’s A Time for Mercy at #2.

Married to my husband for 25 years and we have four AMAZING kids, the oldest of whom is in the yearbook for my GMUSL class.

#2 in my MBA class — My only business classes in undergrad were statistics and micro-economics, so I’m pretty proud of doing that well almost 20 years after my undergrad degree in political science. Study groups are the best, as are supportive families!

Former attorney with the Civil Rights Division’s Disability Rights Section, where she engaged in litigation and developed regulations to enforce the Americans with Disabilities Act